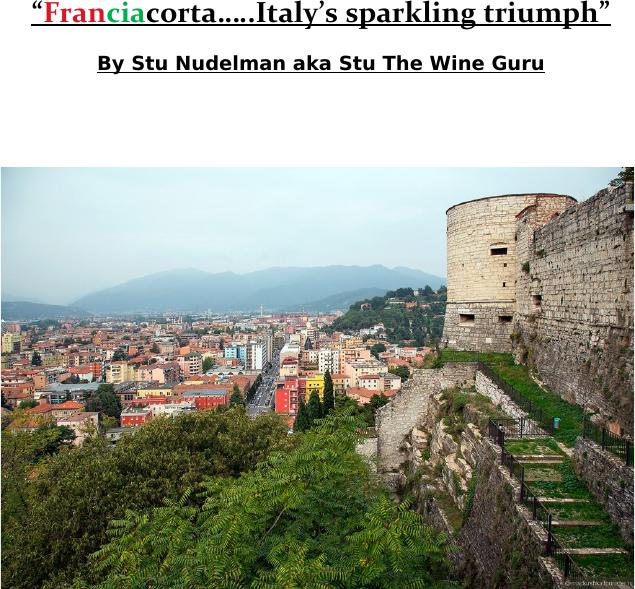 By Stu Nudelman aka Stu The Wine Guru

So, imagine you are on on the hills located between the southern shore of Lake Iseo and the city of Brescia (Lombardy). Okay, if you’ve never been there before, it looks like this….

Scenic, huh,….yes it is. It also is responsible for some of the best Italian sparkling wine, called, Franciacorta. Oddly enough, when we think of sparkling wine and Italy, of course, Prosecco comes to mind. Now don’t get me wrong, Prosecco is an excellent export for Italy’s adult beverage market. However, it’s this wine writers opinion, that Franciacorta has been overlooked, and is a better option.

I’m glad you asked. Its origins go as far back as 1277, when the still wines from this region were called, “ Franzacurta.” It only took 684  years to pass, when in 1961, Franco Ziliani, a winemaker working for a still wine producer, Guido Berlucchi, released a sparkling version of his white wine named, Pinot di Franciacorta. The sparkling wine market in Italy was never the same.

Grapes for Franciacorta are grown in strictly delimited vineyards in the communes, with very specific soil conditions, consisting of mineral-rich, granular-sized, calcareous gravel and sandy morainal soils that are found covering limestone bedrock.

For the DOCG vineyards to make Franciacorta, they are permitted to use the following grape varietals: Chardonnay, Pinot Nero (Pinot Nero) and Pinot Bianco.

Franciacorta rosé must contain at least 15% Pinot Nero (Pinot Noir) and may be made by blending in red wine. Franciacorta Satèn must be a Blanc de Blancs with only the use of Chardonnay and/or Pinot Bianco.

How does it taste?

Some of the best Franciacorta competes with its French competitor champagne, and in some experts opinions, wins! 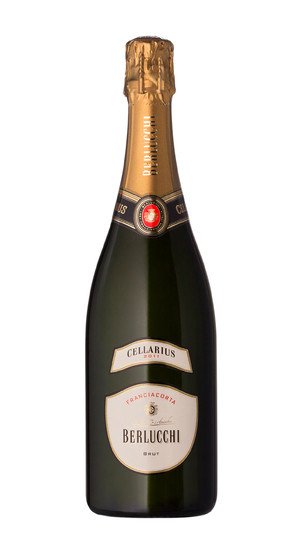 Nose: crisp, rich, and elegant, relatively lengthy and with lovely depth. Fragrances of green apple and green pear, along with hints of tropical fruit and spice. Good acidity on the palate with a zesty freshness, and velvety texture. It finishes with a note of citrus.

In 1964, in Erbusco, Annamaria Clementi buys a little hillside house called “Ca’del bosc” with five acres of land, surrounded by a dense wood of oak. In 1968, Antonio Gandossi is the farmer of Ca’ del Bosco. He plants the very first vineyards including those at high density (10.000 plants per acre), not existing in Italy at that time. Skip forward to 2007, and the release of the first Cuvee Prestige Rose, to rave reviews.

So at the end of the day,

I am suggesting to you, that you try these Franciacorta, and see what amazing quality and taste can be produced from Italy. Champagne is not the only way to go when it comes to enjoying bubbly. These wines will change your opinion about if you believe that way. 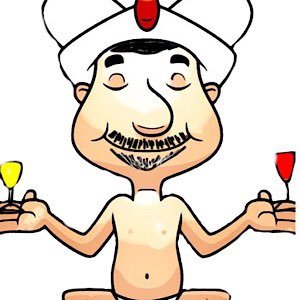